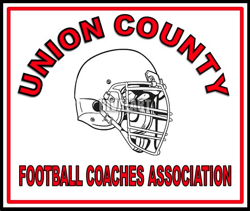 On May 1, 2012, the Union County Football Coaches Association was formed by Coach Mike Pope. Pope is no stranger to football or to Union County for that matter. He graduated Piedmont High School in 1970 where he played football and was All-Union County and All-Conference for two years. His resume is extensive and impressive-19 years playing the game and 38 years of coaching including a couple of South Carolina State championships and runner-ups.

Coach Pope is also the founder of the Hawg Tuff football camps. In 2005, Pope lost both legs below the knees due to a staff infection while in the hospital recovering from a pacemaker implant. The physical setbacks have not shaken Pope’s drive over the years. He continues to give back to the game he loves but with a lifetime filled with tremendous accomplishments both on and off the field, one might ask, “Why create a Union County Football Coaches Association? And why now?” 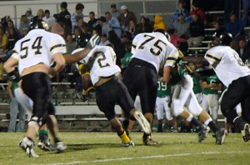 Coach Pope is currently on staff with Wingate University’s football team. Always looking to help and improve the level of football being played Coach Pope came up with the idea of creating a coaching association for the coaches of Union County. Communication is a core foundation for success and creating a coaches association opens up an area for the free exchange of information and ideas that can benefit the game and most importantly the student-athletes that play the game.

Over the last 10 years Union County has been one of the fastest growing counties for population in all of North Carolina. This increase created the need for a number of new Union County high schools including Porter Ridge, Marvin Ridge and Cuthbertson. The rise in population also delivered in a new crop of talented student-athletes adding to the already gifted pool of athletes throughout the county. As a result, we have seen Union County football taken to another level.

Friday nights throughout the county are energized from Marvin Ridge in Waxhaw to Forest Hills in Marshville. Parents, students, alumni and fans are treated to a brand of football that most agree is being played at a higher level in Union County today than ever before. You need the athletes but you can’t win without quality coaches that can install a winning system that not only produces hard-nosed football players on Friday Nights but also quality young men off the gridiron.

When one speaks of quality, there are few local coaches that can speak with such authority as Coach Mike Pope. I had the chance to sit down with Coach Pope at his home in Monroe late last week to discuss his creation of the Union County Football Coaches Association.